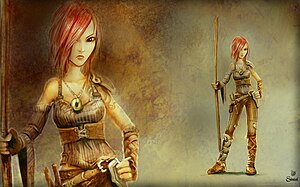 “Chamba project is an ambitious effort to create a Swathanthra (Free/Libre/Open) Animation Movie by pooling in contributions from people around the world and funding artists directly.

It is an initiative to experiment and explore a more collaborative and open approach to film making, aiming to be appealing, easy to be a part of and easy to contribute for hobbyists, enthusiasts and professionals alike using FOSS tools, resources, and the power of social networking. “

The chamba project followed blender foundation model of naming project after a fruit,like Orange, Peach and Durian. Chamba is a fruit that is common in all over kerala.

The logo of chamba project is designed by Hiran Venugopalan, an active Free software activist in Kerala. The logo is a graphical drawing of the fruit.

Our creative team is,

The project needs your help. You can support the project by signing a plege in PledgeBank.

Talk to your friends and try if you can get at least one more
person to pledge their support as well. Eventually we would
like to setup a foundation to coordinate and fund future
Swathanthra/Free/Libre/Open movies.

PS: We made a screening of Sintel in Chithrasala Film Society Angamaly on Nov 17.

This site uses Akismet to reduce spam. Learn how your comment data is processed.